If you sell your property too early, you have to pay tax on your profit.We’ll show you what you have to consider.

speculation tax on real estate save

Record-breakingly low interest rates, loans as cheap as never before: Many Germans have been investing their money in real estate for a few years. Big cities are the most popular market. According to the Institut für deutsche Wirtschaft (IW) in Cologne, prices for condominiums rose by 39 percent in Hamburg, 41 percent in Berlin and as much as 47 percent in Munich between 2010 and 2014. Even in some popular university cities such as Freiburg or Münster, apartment prices rose by around 30 percent.

Keeping to the speculation deadline for house sales

If you are a lucky owner of a property in Berlin, Hamburg or Munich, you are unlikely to have any problems selling your house or apartment at the moment. However, you will have to pay tax on your profits, as the sale of a property is considered a private sale.

The colloquially referred to as speculation tax becomes due when a house or apartment is resold within a period of ten years. The profit from this so-called private sale transaction is subject to income tax, i.e. it is subject to the personal tax rate. By the way: even before 1999, the speculation period for real estate was only two years. Unlike with shares or funds, where the final withholding tax of 25 percent is due, the individual tax rate applies to the sale of a house or apartment. The problem for some real estate owners is that far more than 25 percent tax can be due as a result. To save yourself the speculation tax, the solution for those affected is to keep your property for ten years before you sell it. Because ten years after the purchase of a real estate the speculation period ends and your profit is tax-free.

A different possibility: You use your real estate yourselves, namely in the year of the sale as well as in the two preceding years. Then you can sell your condominium or house tax-free. This also applies if your children have not rented the property. The only condition is that you still receive child benefit for your offspring.

Divorce, illness, lack of money – there are many reasons to have to sell a property, regardless of speculation period or profit maximization. If you find yourself forced to sell your property, you can deduct certain expenses from the proceeds.

For example, the expenses you can deduct from your sales profit to reduce it or eliminate it altogether:

With these and similar expenses you reduce your taxable profit. If you have so many costs that there is no profit left in the end, no taxes are due. For some house or apartment sellers, it is worth selling before the end of the speculation period.

By the way: If you own a house abroad and want to sell it, you will have to pay taxes on your sales profit in Germany. Depending upon it also abroad taxes can result for it, even after ten years waiting period.

Deduct the energy certificate from your tax bill

For some years the so-called energy saving regulation prescribes that a salesman of a real estate must submit an energy document of identification. The Energy Performance Certificate, also known as the Energy Passport, certifies the energy performance of a building. Whether you can deduct the costs of issuing an energy certificate from the tax depends on several factors. If you sell your own house, you can usually not deduct the cost of the energy certificate from the tax. However, there is one exception: you sell the property within the speculation period and have to pay tax on your profit. If, on the other hand, you wish to sell a property that you have rented out, the following applies: since you usually earn income by renting it out, you can deduct the costs of an energy pass from your tax as income-related expenses. This is also possible if you sell your property after ten years of waiting.

Your tax office will be informed by the responsible notary that and to whom you have sold your property. The buyer has to pay the real estate transfer tax. It is therefore better not to try to conceal the profit from your property sale or not to state it in your tax return. 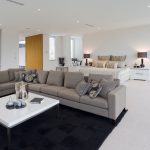 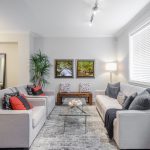