More stable prices, improved economic prospects and designers who set a new course in architecture: On the Costa Blanca, optimism is spreading.

FINANCING UP TO 60 PERCENT

Adiós a la crisis! The listless atmosphere that had settled on the Costa Blanca six years ago has vanished. “Since 2013, construction has picked up on the southern section, and this year’s upswing has also arrived in the north,” explains Marc Pritchard, the sales director of British construction group Taylor Wimpey in Spain. At Orihuela Costa, Torrevieja or Santa Pola, local companies such as TM, Amay or Contrimar are building their construction cranes in addition to the British. And the new building prices tend slightly upwards everywhere.

What is meant, however, are current new buildings – not the plants built up years ago and bankruptcy projects in which nobody has ever lived. The latter are often offered very cheaply by banks or the Spanish bath bank Sareb. But it is another indication of the upswing that the market share of these banking properties is declining and the banks are starting their core business. At least, Spanish banks are increasingly granting home loans to private builders. A financing of 50 to 60 percent is now possible. This dynamic is supported by better overall Spanish economic data and demand from abroad. Real estate on the Costa Blanca is especially popular with Belgians, Dutch and Scandinavians. And also the British have returned thanks to their stronger pound.

However, the Costa Blanca is by no means a homogeneous market. Characteristic is a north-south divide in the locations and prices. North of Alicante, splendid beaches and hidden coves alternate with rock ledges and cliffs. Spurs of mountain ranges reach right up to the sea and form an exciting coastal scenery. As a year-round tourist magnet with the highest residential buildings in Spain, Benidorm forms its own market with apartment prices between 80,000 and 250,000 euros. Away from this holiday mole, many villa areas have been created since the 1970s. This bastion belt of luxury locations begins at El Campello with the urbanization Coveta Fumá and then continues on the coastal towns of Altea, Benissa Costa, Moraira and Jávea to Dénia. Ideal locations for villas with spectacular views are right on the beach, on cliffs or on the slopes of the foothills. The majority of the villas currently offered range between 400,000 and 1.5 million euros. “With two million euros, the pain threshold on the Costa Blanca is usually reached,” states luxury real estate broker Walter Arp of the Hanseatic Association of Hamburg in Jávea. For precious real estates, much less is paid on the Costa Blanca than on Mallorca. It is difficult in places like Moraira or Jávea to find land in prime locations. More and more often, old buildings are demolished and then rebuilt. And especially at the new villa building new accents are set. 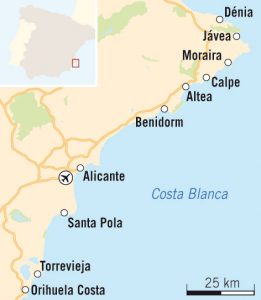 Mediterranean flair, 300 sunny days a year, spectacular landscapes and beautiful beaches are the reasons for the popularity of the Costa Blanca. In addition to old Spanish places, many residential areas and a complete tourist infrastructure have grown in five decades. a. with 17 golf courses and 19 marinas along the coast. Benidorm offers a colorful night-life all year round and holds many children’s attractions, such as Terra Mítica, Mundomar or Aqualandia. Hikers will find ideal routes in the hinterland. Altea captivates as a picturesque artist’s place. Top restaurants can be found in Moraira, Jávea and Denia, and urban Spanish ambience can be discovered in the provincial capital of Alicante and Denia.

POSSIBILITIES IN THE HIGH-END AREA

“Consistent architecture” is what Klaus May, the creative head and founder of the Ibizastyle company from Dénia, calls his projects. On the coast May is one of the pioneers in the construction of spectacular villas in the style of classical modernism. These are houses with clean lines, high ceilings and large glass fronts that open to the infinity pool and the sea in grandeur. Most of them are in the top locations of Dénia, Jávea or Moraira, Mallorca and Ibiza.

What is possible in the high-end sector is shown by May at one of its imposing properties in Moraira: The “Ibizacasa XIII”, completed at the end of 2014, has three levels, on which approximately 900 square meters of living space and terraces are distributed. Perfect is the wide, south-facing panoramic view from Moraira’s harbor over the coast to the landmark of the Costa Blanca, the Rock of Ifach. Four suites, a fitness spa area, indoor and outdoor kitchens as well as state-of-the-art technical equipment and many fine details create a noble living environment with a chill-out flair. For 2.65 million euros you can fulfill the dream. “Even through a property cooperation with Engel & Völkers, we can offer a large number of properties in suitable budgets,” explains May. “The dream house is always planned in personal agreement between the client and the interior designers and architects of Ibizastyle in all details and on time for a fixed price realized. ”

It is even clear that the rustic-Mediterranean villa type of the Costa Blanca with its bulbous balustrades, round arches and clay bricks as well as wrought-iron bars is being complemented by a sleek modern architecture of glass, chrome and concrete. “But modern architecture with clean lines and Spanish architecture can also be combined well,” explains Martin Rothkirch from the company Team Tip Top, which implements such concepts, especially in luxury locations in Dénia.

Modern design also characterizes the new buildings in Villa Park Monte Olimpo in Jávea by Walter Arps Hanseatic Society (see also BELLEVUE 3/2015). Here are designer villas at about 600,000 to 1.5 million euros.
Such prices are not paid south of the provincial capital Alicante for holiday real estate and secondary residences. The southern section of the Costa Blanca is a shallow coastal area with long dune beaches and protected salt lagoons. Traditionally, the so-called “off-the-peg houses” dominate here, ie rather simple apartments, terraced houses and small detached houses; a prime example of this is the mega urbanization Ciudad Quesada. This offer was supplemented by higher-quality coastal properties, in particular within Orihuela Costa in districts such as Punta Prima and La Zenia or at the golf courses of Villamartín, Campoamor or La Finca.

New apartments cost currently in the south of the region from about 130,000 euros. For new, modern villas are estimated to 500,000 to 700,000 euros. Existing real estate is already on the market from about 35,000 euros, although most are more likely to be traded at prices of 60,000 to 200,000 euros.
Buyers have actually missed the ideal entry point here. In good coastal locations, prices are already rising. For bargain hunters even the objects located in the hinterland become interesting again. 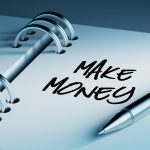 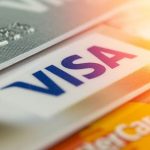